2020 Far & Away: Addressing Issues of Children of Immigrant Parents

Examine laws related to the protection, care, custody and control of children who have one or more parents who are undocumented or living / traveling outside the United States. Identify potential solutions to parenting plans / child support issues and better advise your clients how to handle issues relate to: 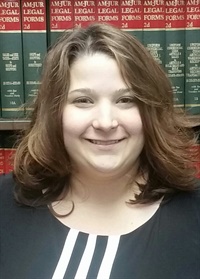 Erin received her Bachelor of Science in Political Science and Philosophy from Missouri State University with honors in 2007. During Erin’s course of studies, she emphasized International Affairs and served as a student ambassador for the University in Dailian and Zhengzhou, China.

Upon graduating from Missouri State, Erin attended the University of Missouri-Kansas City School of Law and earned her Juris Doctorate in 2010. While at the UMKC Law School, Erin received the school’s International, Comparative, and Foreign Law Area of Emphasis after successfully completing courses in International and EU Law at the University of Vienna, Austria, Comenius University in Bratislava, Slovakia, and Corvinus Egyetem in Budapest, Hungary. While at UMKC, Erin participated in the Law School's Guardian ad Litem clinic, representing children in domestic violence dockets in the 16th Judicial Circuit.

Erin is a member of The Missouri Bar, the Kansas City Metropolitan Bar Association including the KCMBA Domestic Law Committee, the Eastern Jackson County Bar Association, and is a board member on the Juvenile Law Committee.  Erin is admitted to practice in the Federal Western District Court of Missouri and also a Guardian ad Litem. 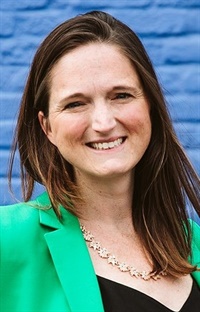 Lindsay is passionate about advocating and guiding people through their domestic legal issues.

She recognizes she may be meeting you at the most challenging point of your life. That’s why she will listen to your story – to understand your goals and priorities. From there, she sets realistic expectations and brainstorms legal and non-legal solutions that will get you the best possible outcome.

Before attending law school at the University of Missouri-Kansas City, Lindsay taught for three years and worked as a staff member for two years with Teach for America. Due to her experience with Teach for America and her love and understanding for children, Lindsay is frequently appointed as a Guardian ad Litem, someone who will advocate for the best interest of a child in court.

Lindsay grew up in Kansas City and attended The University of Kansas where she received a degree in Spanish, Latin American Studies, and History. Today she lives in Kansas City, Missouri with her family.