Join hundreds of colleagues at the 2020 Bernard Edelman DWI Law & Science Seminar!
Presented by MoBarCLE and the Missouri Association of Criminal Defense Lawyers

Join MACDl & Save!
Join the Missouri Association of Criminal Defense Lawyers today and save on your registration fee!
To join, visit macdl.net
• select the pay dues button (located middle/bottom of home page)
• choose membership category and proceed with online payment
• or print the online form and mail with payment 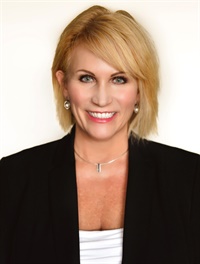 Kim Benjamin is the founder and owner of the Missouri DWI & Criminal Law Center at Benjamin Law Firm in the Kansas City metropolitan area. She has over 75 jury trials, over 200 bench trials, and teaches often nationally and locally on DWI and criminal law as well as trial skills. 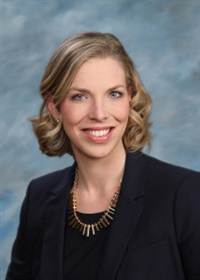 Tory Bernsen received her B.A. from the University of Pennsylvania and her J.D. from the University of Dayton. After interning at the Philadelphia District Attorney's Office and the St. Louis County Public Defender's Office, Ms. Bernsen worked as a law clerk and then an associate attorney at Frank, Juengel & Radefeld in St. Louis, Missouri for five years. Ms. Bernsen then worked as Legal Counsel for the Director of Revenue (Transportation Division) for almost two years before opening her own firm, Muhlenkamp & Bernsen, in Clayton, Missouri. Ms. Bernsen and her partner focus their practice on criminal defense (including DWIs and driver license matters) and appellate work.

Maureen Brady is a proud Kansas City native. She went to law school after working as a litigation paralegal for 12 years in the Kansas City legal community.  She attended Michigan State University but came back to Kansas City to practice.  After working as a law clerk for Judge Michael W. Manners and as an associate at Sanders Warren & Russel, she decided to open her own firm specializing in plaintiff’s personal injury work.

In 2013, Maureen and her law partner Lucy McShane founded McShane & Brady, LLC.  McShane & Brady has become one the leading personal injury law firms in Missouri representing all clients who are injured in any type of accident or situation.  Maureen’s personal injury work include a niche practice in the area of medical records disclosures resulting in harm to patients.  Maureen has established herself has the prominent attorney involving issues related to HIPAA laws.  She has received numerous awards and recognition for her work in the medical disclosure and privacy field, including the Legal Innovation Award in 2018 and Women’s Justice Award for Litigation Practitioner in 2020. 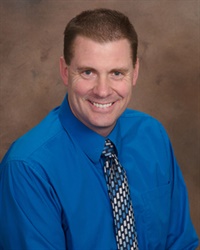 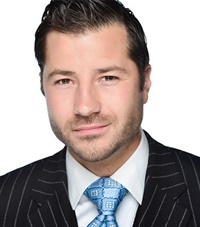 John M. Eccher is a trial attorney at the Eccher Law Group. Mr. Eccher devotes a large amount of his practice to protecting the rights of employees in various capacities, including prosecution of discrimination/retaliation/other employment-related claims, severance negotiations, etc. Mr. Eccher's judgments/settlement in such cases total in excess of $10,000,000.00. 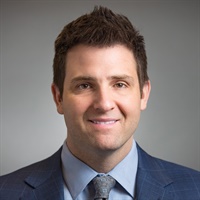 Matt Fry is a partner with Rosenblum, Schwartz & Fry. Over the past 14 years, Matt has successfully defended clients on charges ranging from murder to assault, robbery, and fraud. Matt’s focus is in the area of DWI, Drug, and Sex offenses. He also handles select civil cases and appeals.

Two of Matt’s passions are teaching Trial Advocacy II at Saint Louis University School of Law and serving on the board of his non-profit, St. Louis Impact. 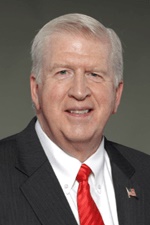 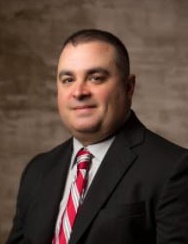 Travis Jones is an instructor in DWI Detection and expert in DWI Investigation and breath testing. With 15 years’ experience in law enforcement and over 5 years’ experience as a curriculum developer/instructor. During his law enforcement career he arrested approximately 1500 DWI offenders and investigated over 50 serious motor vehicle crashes involving disabling injury or death. Travis has testified over 100 times on the breath testing for alcohol. He has written over 7 training manuals for traffic enforcement. He has spoken in Missouri and nationally on the DWI techniques and breath testing.

Gary W. Lowe retired from the University of Central Missouri in 2007, where he had been teaching Law Enforcement Training programs since 1981. Mr. Lowe has a Bachelor’s Degree in Criminal Justice Administration and a Master’s Degree in Safety. Mr. Lowe has been an SFST Instructor since 1987, and was recertified at an approved NHTSA Standardized Field Sobriety Test Instructor program in Albuquerque, New Mexico, in 1994.

Mr. Lowe was also certified as a Drug Abuse Recognition Expert in 1994, by the California Narcotic Officer’s Association in San Luis Obispo, California. Mr. Lowe has attended many of Missouri’s Drug Recognition Expert and DRE Instructor programs including the first ones conducted in Kansas City, MO, in 1993.

Throughout his career, Mr. Lowe’s focus has been in the area of Detecting Impaired Drivers. Mr. Lowe has conducted numerous training seminars, written curricula and workbooks for law enforcement concerning the issue of Impaired Driving. During his career, Mr. Lowe has certified more than three thousand (3500) Law Enforcement SFST Practitioners, in the proper administration and scoring of the Standardized Field Sobriety Tests, and has certified more than five hundred (500) SFST Practitioners as Standardized Field Sobriety Test Instructors. 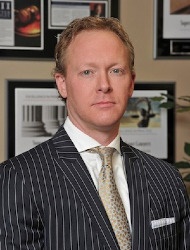 John M. Lynch is a former law-enforcement officer who now runs a growing law practice with locations in greater St. Louis area.  Mr. Lynch’s law enforcement experiences is comprised of several years working as a police investigator and federal drug task force agent with the Drug Enforcement Administration. This experience, paired with his legal degree from St. Louis University School of Law, allows Mr. Lynch to provide a unique and candid perspective for people charged with a full range of criminal activities. His practice includes federal criminal defense, DUI/DWI defense, drug possession defense and white-collar crime defense.  In this capacity, Mr. Lynch has secured acquittals in a multitude of criminal trials throughout the country where he routinely appears in courts coast to coast.

Mr. Lynch now serves as a featured legal commentator in radio and television where appeared on many newscasts as an expert on various legal topics, including the Ferguson, Missouri riots, terrorism, gun laws and a host of other legal topics with regional and national implications.  Mr. Lynch has also been a featured speaker at many universities regarding gun ownership rights, women’s rights and the associated legislative process, and a host of topics involving trial practice and other criminal defense topics.  He has also lectured for the Missouri Bar, Lorman Education Services, MACDL, The Missouri Bar, Washington and Lindenwood Universities and other organizations on a wide-array of topics including constitutional law - search and seizure, cross examination, community policing, federal and state drug laws, and methamphetamine/drug production. Mr. Lynch concentrates in the areas of Federal and State Criminal Defense, Misdemeanor, Traffic/DWI and General Civil Litigation. With prior law enforcement experience as a police investigator and federal drug task force agent, Mr. Lynch provides a unique and candid legal perspective for those charged with the full myriad of criminal activities; from the inherently complex felony such as a white-collar offense or criminal drug conspiracy, to routine traffic offenses and other ordinance violations.

The judiciary and peers recognize attorney Lynch for his excellent legal guidance. Other attorneys routinely call upon him to assist with tough criminal cases. His legal proficiency is demonstrated not only by his record of case success but also by the recognition that he has gained from his peers in Super Lawyers, Best St. Louis Attorneys, Rising Star in Missouri, Rising Star in Kansas, Top 100 Trial Lawyers and AV Preeminent Lawyer Rating. Attorney Lynch has a record replete with unparalleled success and is often requested to lecture about criminal defense topics such as federal crimes, cross examination, white collar crimes, DWI-DUI, drug investigation, corporate defense. Attorney Lynch is routinely called upon by the media to discuss a variety of criminal defense topics. 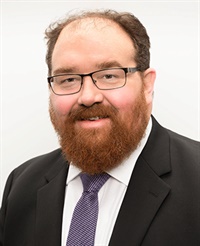 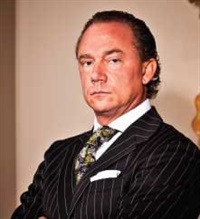 Travis Noble concentrates in the areas of DWI, federal and state drug charges and other felonies. He served as a police officer from 1985 until 1990 and a narcotics agent from 1990 until 1995. He has instructed in the areas of Narcotics Investigations, Forensics, Criminal Investigations, Police K-9, Standardized Field Sobriety Testing and DWI Investigations. As a result of ten years in law enforcement, he brings a unique outlook and background in the defense of persons charged with crimes. In addition to trying cases throughout the State of Missouri, he has represented defendants in both federal and state courts throughout the United States. 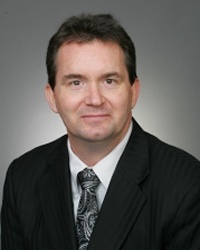 Michael Sharma-Crawford has practiced immigration law since 2002 and is a founding member of Sharma-Crawford Attorneys at Law. The Firm, founded in 2003, has carved a niche in the Midwest handling complicated immigration litigation. The Firm also has contracts with the Kansas State Board of Indigents’ Defense Service and the Missouri State Public Defender, through which Michael regularly consults with criminal defense attorneys on pending cases with immigration implications.  In 2012, Michael and his partner – both in life and in the practice of law – opened The Clinic, a nonprofit legal clinic providing top-shelf immigration court representation to indigent noncitizens where no representation existed previously. The Clinic serves the Kansas City Immigration Court and is the only low-fee and pro bono removal defense service provider west of Springfield, Missouri to the Kansas-Colorado border. As a result, Michael and his partner were awarded the Missouri Bar Association’s Pro Bono Publico Award in 2017. Before becoming an attorney, Michael served nearly 15 years in the Sedgwick County, Kansas Sheriff’s Department.

Susan C. Sonnenberg earned a B.S. in Communications Management, cum laude, from Southwest Missouri State University in 1992. After a few years of work at a small business in her hometown of St. Louis, she enrolled at the University of Missouri-Kansas City School of Law, receiving her J.D. in 1997. After graduation from law school she clerked for the Honorable Albert A. Riederer, the Honorable Patricia Breckenridge, and the Honorable Harold L. Lowenstein, at the Missouri Court of Appeals – Western District. She then served as an Assistant Prosecuting Attorney for Jackson County, Missouri.  She returned to the Court in 2005 as Staff Counsel. She remained in that position until July of 2017, when she was named the Court’s Clerk. 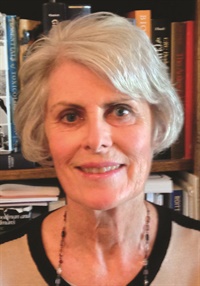 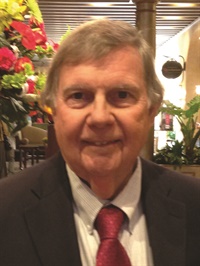 Reserve your room early to get a special conference lodging rate. Rates end on November 2, 2020, or when the room block is filled, whichever occurs first.
TO RESERVE A GUEST ROOM call 888.265.5500 and tell the agent you are attending The Missouri Bar DWI Seminar or reserve online at https://reservations.travelclick.com/17336?groupID=2836076.
RESORT RATES:
Season Bay $109
Main Building $139
Main Building Lakeview or Poolside Lanai $197 Rates are per night plus applicable fees and taxes. 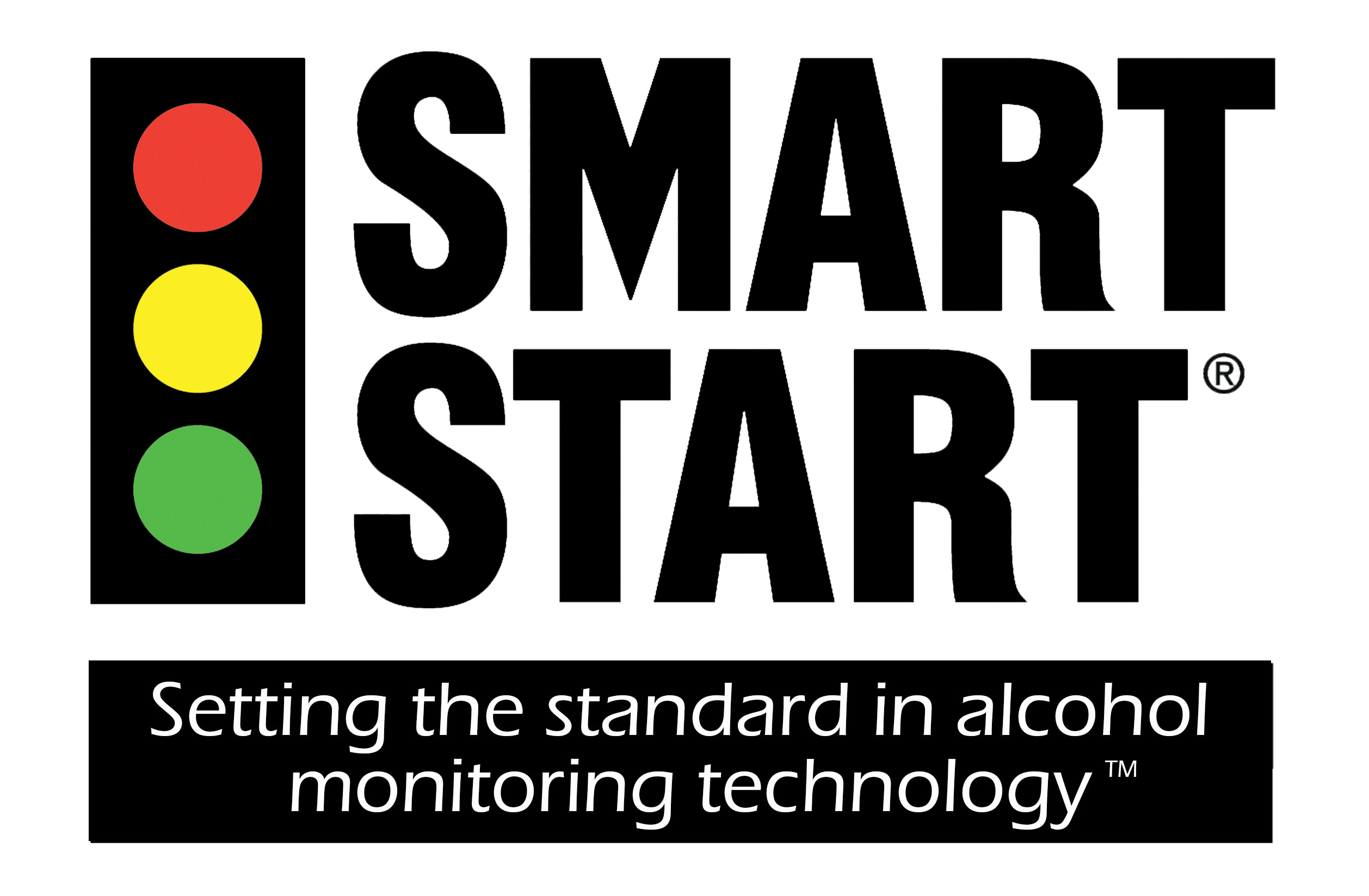 The Lodge of Four Seasons