This seminar is an online rebroadcast of previously recorded programs.

8:30 – 10:05 AM | The Spy in Your Pocket – Cell Phone Location & Tracking Forensics
This presentation covers the methods used by both civil and law enforcement examiners to locate persons using historical call detail records, precision location data and E-911 pings. This will also cover how cell phones work in the wireless networks, how to understand call detail records and how to obtain them. These methods are widely used in criminal and civil cases to "place" a person at a particular location based on their cell phone usage. Real case examples will be used to illustrate how location evidence is used in cases ranging from murder to trucking accidents. Attendees will learn about the realities and limitations of actually being able to locate a cell phone based on historical call detail record analysis.
(Originally presented September 27, 2019 as the webinar The Spy in Your Pocket – Cell Phone Location Tracking Forensics)
Speaker: Eric Grabski, Envista Forensics, Morrisville, NC

10:15 – 11:10 AM | Military Law: Service Member Rights in Missouri
There are approximately 30,000 active military personnel within the state of Missouri. This number includes Guard and Reserve personnel who put their personal and professional lives on hold to serve our country. Join Scotty L. Allen, Managing Attorney of the Missouri Attorney General’s Office Military Legal Assistance Team, and learn how to better serve these individuals and their families. Topics will include:

11:10 – 11:57 AM | Trust Account Rules & Best Practices
This program will provide attendees with a clear understanding of the trust account rules (including recent updates), address how to determine what goes in the trust account, provide an update on recent disciplinary cases, give guidance on how to keep client trust account records, provide resources on how to do a self-audit to check for compliance in your office, how to accept credit cards, how to handle flat fees, and more.
(Originally presented June 28, 2019 as the webinar Trust Account Rules and Best Practices)
Speaker: Melinda J. Bentley, Legal Ethics Counsel, Jefferson City

12:57 – 2:10 PM | Defusing Property Boundary Landmines
If your practice touches upon or concerns land, then it is vital you understand Missouri’s boundary history, practices, terms, and legal principles before you apply the law. This course focuses on the everyday boundary situations your clients may drop in your lap, then describes many possible solutions.
Objectives: 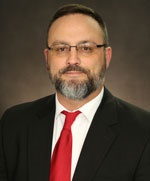 Scotty Allen is the managing attorney of the Military Legal Assistance Team of the Missouri Attorney General's Office, a program which enhances the readiness of eligible Missouri military personnel by addressing legal issues they face which are caused or exacerbated by their military service. 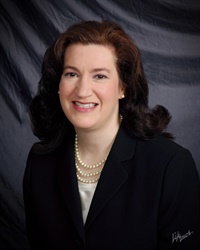 Melinda J. Bentley serves as Legal Ethics Counsel, and she provides oral and written informal advisory opinions to attorneys on issues related to the Missouri Rules of Professional Conduct. In that position, she also serves as administrator and counsel to the Advisory Committee of the Supreme Court of Missouri.

Chris Dunn is frequently called to serve as an expert witness in geospatial forensics. He holds a Juris Doctorate from the University of Missouri Columbia, School of Law, and both an MA and a BS in geography from Kansas State University. His firm GeoVelo, LLC, uses Geographic Information Systems (GIS), GNSS, lidar, UAVs, and 3-D modeling software to map, model, and document complex property boundary issues, archeological sites, and crime scenes. Several of his cases had their origins in documents produced prior to Missouri’s statehood. Chris is a US Army Explosive Ordnance Disposal (EOD) combat veteran.

Eric Grabski is a Digital Forensic Analyst, specializing in cellular location analysis at Envista Forensics. Prior to his career at Envista Forensics, Eric worked in law enforcement as a Special Agent at the South Carolina Law Enforcement Division (SLED). During his career at SLED, Eric was assigned to the State Surveillance and Intelligence Unit where he conducted historical and live cellular location analysis to locate violent fugitives as well as Endangered and Missing Persons and Missing Children. While at SLED, Eric was deputized as a Special Deputy U.S. Marshal on the South Carolina Electronic Crimes Task Force. Eric has experience in utilizing Wiretaps, Pen Register Trap & Trace collection, Cellebrite data analysis and extraction, social media records analysis, IP address analysis, and mobile forensics to assist local and federal agencies on major cases. Eric has qualified and testified as an expert witness in the area of cellular location analysis. He has over 160 hours of training in cellular location analysis, wireless communications theory, and Pen Register Trap & Trace collection analysis.

Brent Haden is a founding partner at the Law Firm of Haden & Colbert in Columbia, Missouri. His civil practice is heavily focused on agricultural law, including fence, road and boundary disputes.

Joseph S. Passanise graduated with honors from Missouri State University with an undergraduate degree in Political Science and Communication (1991) and Master’s of Arts degree in Communication (1993). He continued his education as a Rotary Scholar obtaining a Master’s degree in Business Administration from the University of London, Imperial College (1995) and obtained Juris Doctor degree, with Honors, from Washburn University School of Law (1997). Passanise is licensed to practice before the Supreme Court of the United States, the Eighth Circuit Court of Appeals, and both the Western and Eastern District Federal Courts in Missouri.

He practices criminal defense in federal, state, and municipal courts with partner Dee Wampler and associate Scott Pierson in Springfield, Missouri, and has participated in a large number of high profile jury and bench trials. Passanise is a Past President of the Missouri Association of Criminal Defense Lawyers (MACDL) and is a frequent speaker at Missouri Bar and MACDL conferences. He has been chosen as a member by the National College of DUI Defense (2004-Present), National Child Abuse Defense and Resource Center (2011-Present). He has authored chapters for the book, “Witness Preparation and Examination for DUI Proceedings” by Aspatore in 2013 and 2014.

In 2013, Passanise was selected as a fellow by the American Board of Criminal Lawyers. (ABCL) The ABCL selects attorneys who practice in criminal law after a rigorous and investigatory process and only 5 attorneys have been selected in Missouri. Passanise has been awarded the highest rating of “AV” by Martindale-Hubbell. The Missouri Association of Criminal Defense Lawyers awarded Passanise with the prestigious Charles M. Shaw award for excellence in trial advocacy in 2013. The Missouri Bar selected Passanise as a President’s Award Recipient (2009) and a Lon O. Hocker Trial Advocacy Award recipient (2002). The Springfield Metropolitan Bar Association honored Passanise with the 2008 President’s Award for extraordinary service. Missouri Lawyer’s Weekly chose him as a finalist for “Lawyer of the Year” (2008) and one of the top five “Up and Coming Lawyers” (2003).