The legal burden to modify custody judgments was very unclear and confusing pre Morgan v. Morgan, 497 S.W.3d 359 (Mo. App. ED 2016).  However, the appellate court provided significant clarity on the issue in this 2016 landmark case, which has been upheld and cited since. Additionally, a few more recent topics will be addressed specific to custody modifications, such as how the courts have interpreted the Shared Parenting Bill and how COVID-19 is affecting custody judgments.

Modification of child support will also be covered, both when the Form 14 and Rule 88.01 are found to be just and appropriate as well as unjust and inappropriate. The presentation will address the confusion caused by the Abernathy case, as well as distinguishing cases that followed and made modifications when the Form 14 was found to be unjust and inappropriate a possibility once again. 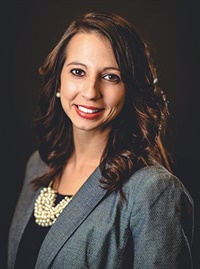 Jamie Emahiser, Esq. (formerly known as Jamie McGavic) is a Managing Partner and Co-Founder of Family Law Partners. Jamie was born and raised in St. Louis, Missouri. After receiving her undergraduate degree at the University of Missouri - Columbia, she went on to attend Saint Louis University School of Law where she earned her Juris Doctorate with a concentration in Civil Litigation Skills. Since her time in law school, she has been exclusively practicing family law. Jamie has membership with the Bar Association of Metropolitan St. Louis (BAMSL) and served on the executive committee of the Young Lawyers Division of BAMSL. She received the Award of Merit for her service in the Young Lawyers Division for the 2017-2018 year.

Jamie is licensed to practice law in Missouri and exclusively focuses in the area of family law. She is passionate about providing meaningful legal services, advocating for clients in divorce, child custody issues, adoption matters, spousal support decisions, and other family law situations. Jamie lives in Lake St. Louis with her husband, daughter, step-son, and dog. In her spare time Jamie enjoys cooking, decorating, and participating in a wine club.