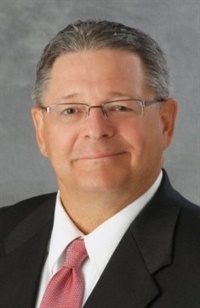 Mike Watkins grew up in the St. Louis area and attended Central Methodist University earning a B.A. in Political Science. Upon graduation from college, he was drafted into the U.S. Army and served 13 months in Vietnam. Mike then returned home, attended law school, and received his J.D. from the University of Missouri at Columbia. His former military experience afforded him the opportunity to return to the U.S. Army and serve in the J.A.G. Corps as a defense attorney and Summary Court Military Judge while stationed in Savannah, Georgia.
In 1976, he established his own law firm in Chillicothe, Missouri and remained there for 27 years. During that time, he gained experience in the areas of family law, criminal defense, bankruptcy, probate, real estate, farm and agricultural matters and served as city attorney.
In 2003, Mike and Marilyn returned to the St. Louis area in order to care for aging parents. He opened his office in O’Fallon and currently practices in the areas of family law, estate planning, real estate, small business law and offers his clients flat fee billing.
Mr. Watkins has spoken for Missouri Bar Practical Skills Courses; Solo and Small Firm Conference; National Business Institute; University of Missouri Law School at Columbia for Practical Management. He is a Certified Family Law Mediator and a member of The Missouri Bar and the St. Charles County Bar Association. Watkins Law Firm has been voted #1 law firm in St. Charles County for 2010, 2011 and 2013.
He has been married for 50 years, is the father of two sons, and “Poppy” to four grandchildren.