2021 Not For the Faint of Heart: Summary Judgment Procedure in Light of Green v. Fotoohighiam 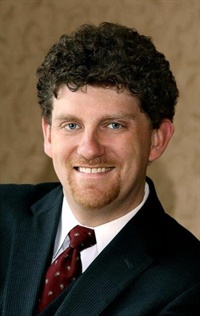 John Reeves is the founder and member of Reeves Law LLC in St. Louis. After serving as an assistant attorney general in the Missouri Attorney General's Office for over six years, he entered private practice in 2015 and opened his own firm in 2019.

He has personally authored over 270 appellate briefs and has conducted oral arguments in all three districts of the Missouri Court of Appeals, the Missouri Supreme Court, and the federal Eighth Circuit. In addition, Mr. Reeves has personally authored both certiorari petitions and applications for extraordinary relief before the Supreme Court of the United States. Mr. Reeves has also written numerous dispositive motions in both federal and state court.

In October 2019, Mr. Reeves co-founded The Missouri Bar’s Appellate Practice Committee.  In 2021, Mr. Reeves received the Outstanding Service Award from the Missouri Organization of Defense Lawyers for his amicus appellate briefing on MODL’s behalf. That same year, he also received the International Municipal Lawyers’ Association Amicus Service Award for an amicus brief he filed in support of a petition for a writ of certiorari in the Supreme Court of the United States.