What is MAI-Civil and how do you use the various sections of MAI? This program will cover those topics as well as new components to MAI-Civil, including early case summary, the mandatory juror bias instruction, and a new feature, the availability of a ProView eBook option. Additionally, substantive changes to instructions/notes on use and committee comments in the 8th Edition of MAI – Civil will also be discussed. 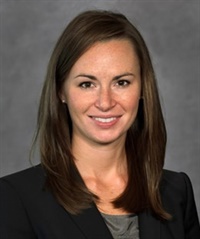 Jennifer is a partner in Shook, Hardy & Bacon's Kansas City, Missouri office, where she defends automotive, technology, and industrial clients against product liability claims in trial and appellate courts. Jennifer testified to Missouri legislative committees in support of reform to the Missouri Merchandising Practices Act. 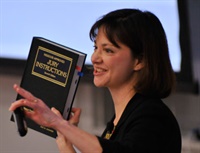 Joan M. Lockwood graduated with honors from Boston College in 1990 with bachelor’s degrees in finance and human resource management. She earned her law degree from Saint Louis University in 1993, again graduating with honors. She served as a staff member of the Saint Louis University Law Journal and editor of the “Health Law Edition.” She was elected into the Order of the Woolsack, a scholastic honorary association.

Ms. Lockwood was honored in 2003 by the Bar Association of Metropolitan St. Louis with the John C. Shepherd Professionalism Award. This award is given annually to a young lawyer who most exhibits the high professional standards required of the legal profession and also demonstrates a strong commitment to community service. She was also recognized by Missouri Lawyers Weekly newspaper as one of five attorneys in the publication’s 2003 “Up and Coming Lawyers” feature.

In 2008, Ms. Lockwood was the recipient of the “Rising Star Award” presented by the St. Louis Daily Record as part of its Women’s Justice Awards program. The award recognizes those women lawyers who have already made a difference in the justice system and the profession and who appear on a path toward even greater accomplishments.