After graduating from law school, John had the privilege of serving as a law clerk for the Honorable Edward L. Filippine, Chief Judge of the United States District Court, Eastern District of Missouri. Serving as a law clerk provided an invaluable opportunity to be exposed to a wide variety of legal issues and to view the legal process from the judicial perspective.

Upon completion of his clerkship, John served the State of Missouri as an Assistant Attorney General. In that capacity, John represented the State and various state employees in a wide variety of matters, including civil rights, employment, special education, and school desegregation litigation. While with the Attorney General’s Office, John first- and second-chaired several trials and represented the State in administrative hearings related to personnel issues. In addition to arguing cases before the United States Court of Appeals for the Eighth Circuit and writing numerous appellate briefs, John drafted an amicus curia brief filed with the United States Supreme Court.

After moving to the private sector in 1999, John focused his practice on the representation of public school districts, with an emphasis on issues related to students with disabilities. His practice has included providing counsel on a wide variety of issues and representation in administrative and judicial proceedings. John has served as a mediator in special education matters and as a hearing officer in Section 504 due process hearings.

John has been asked frequently to speak to school and attorney groups on matters related to students with disabilities and is an adjunct professor for Lindenwood University, where he teaches special education law. 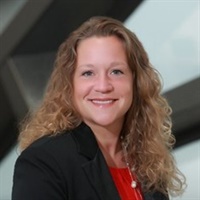 During his career, Jeffrey A. St. Omer has represented a wide variety of education-related clients throughout the state of Missouri. For the past twelve years, Jeff has served as Chief Legal counsel for the St. Louis Public School District. Before his time with St. Louis Public Schools, he acted as the General Counsel for the Kansas City, MO School District. 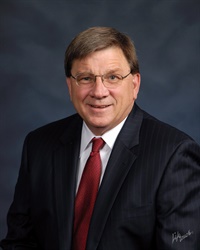 Jim Thomeczek is a partner in the St. Louis law firm Thomeczek & Brink, LLC. For over thirty years Jim has represented school districts in Missouri in special education and related student matters. He has argued four special education cases before the Eighth Circuit and has had at least one more dismissed by the Court. Jim is currently on the Board of Directors of the National School Boards Association’s Council of School Attorneys. He has also served as the Chair of the Missouri Council of School Attorneys. For the past eleven years, Jim has been recognized by Thompson Reuters as a SuperLawyer, and has also been recognized by Best Lawyers – including as the Lawyer of the Year in Education (St. Louis)