In 1963, Dr. Martin Luther King, Jr. was arrested in Birmingham, Alabama for violating the States’ law against mass public demonstrations. From his jail cell, Dr. King penned an important response to clergy-people who criticized the protest that got him arrested. The words from that letter have proved to be among Dr. King’s most important writings and, interestingly, they are relevant to lawyers as well. Join the CLE Performer, Stuart Teicher, Esq., as he evaluates the text of that letter and explains how the content of that critical piece of correspondence can help lawyers improve inclusion in the practice of law. 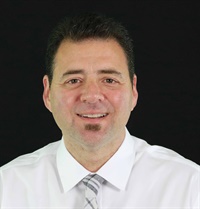 Stuart helps attorneys get better at what they do (and enjoy the process) through his entertaining and educational CLE Performances. He speaks, teaches, and writes—Thomson Reuters published his book entitled, Navigating the Legal Ethics of Social Media and Technology.

Mr. Teicher is a Supreme Court appointee to the New Jersey District Ethics Committee where he investigates and prosecutes grievances filed against attorneys. Mr. Teicher is an adjunct professor of law at Georgetown Law where he teaches Professional Responsibility, and he is an adjunct professor at Rutgers University in New Brunswick where he teaches undergraduate writing courses.