2022 Termination of Parental Rights in Missouri

This program will introduce the attendee to termination of parental rights in Missouri.  Topics to be covered include an overview of the process of termination of parental rights (TPR) in Missouri, the grounds and elements that must be proven in order to obtain a TPR either by consent or upon contested grounds, a review of applicable statutes, court rules, and cases, and preparation of pleadings and the requirements for a judgment that can be upheld.

Thins you will learn:
•    Overview and procedures to obtain a TPR
•    Grounds for TPR
•    Review of applicable statutes, court rules, and cases on TPR
•    Preparation of Pleadings and Judgments 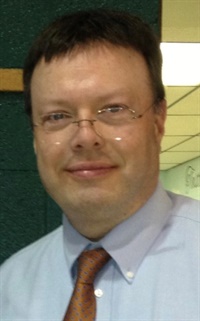 Mr. McCarver authored the juvenile law chapter of the Trial Judge’s Benchbook, the Juvenile Officer Handbook, and he taught juvenile law to Missouri’s trial judges for 30 years, from 1988 to 2018. He has authored numerous articles and served on numerous Supreme Court committees including the committee that drafted the current Rules of Practice and Procedure in Juvenile Court, the Committee on Confidentiality of Juvenile Proceedings, and the Best Practices in Juvenile Court Committee. He also served as technical advisor and legal counsel to the Commission on Children’s Justice.