1:35-2:25 p.m. | Business reorganization scenarios
Speakers: Christopher T. Borniger, Office of the United States Trustee, Kansas City; and Sharon L. Stolte, Sandberg Phoenix & Von Gontard PC, Kansas City
A business typically reorganizes for one of two reasons: To improve efficiency or to increase revenue. Business reorganization, then, refers to any change to a company’s external/internal or departmental structure aimed at one or both of these objectives. The Bankruptcy Code now offers several options and time frames for reorganization that may involve significant undertakings that impact a businesses’ bottom line, and require consideration, planning, and the foresight of experienced professionals.

3:45-4:35 p.m. | The sharing, splitting, unbundling, factoring, financing, bifurcation, and disclosure of attorney fees: Ethical ramifications and what you need to know
Speakers: Hon. Cynthia A. Norton, U.S. Bankruptcy Court W.D. Missouri, Kansas City; and Adam E. Miller, Office of the United States Trustee, Kansas City
A panel discussion of the latest cases and developments related to what debtors' attorneys may charge their bankruptcy clients and related issues regarding accurate disclosure of fees and consequences for failure to disclose.  We will review:
1. The case law regarding debtors' attorneys fees is developing rapidly.
2. There are potential Bankruptcy Code, Bankruptcy Rule, and ethical violations for attorneys who fail to comply, including sanctions, disgorgement, penalties and disciplinary referrals
3. The presentation will give practical advice for how to structure fee agreements to avoid running afoul of various legal requirements and possible monetary and nonmonetary sanctions. 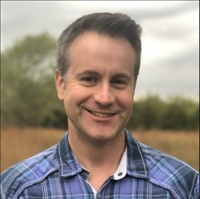 Office of the United States Trustee (U.S. Department of Justice)

Andrea Chase represents secured and unsecured creditors and bankruptcy trustees in bankruptcy and non-bankruptcy insolvency proceedings such as receiverships and foreclosure proceedings, out of court workouts and restructurings, and other related insolvency matters. 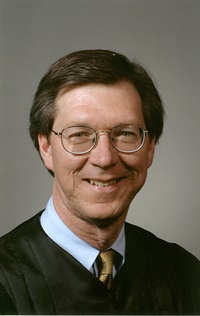 Judge Dow was appointed a United States Bankruptcy Judge for the Western District of Missouri by the 8th Circuit Court of Appeals on November 10, 2003.

Prior to joining the bench, Judge Dow was a partner with the firm of Shook, Hardy & Bacon L.L.P. Judge Dow was listed in The Best Lawyers in America in the area of bankruptcy law continuously from 1995.

Judge Dow is a member of the Missouri Bar, the Kansas City Metropolitan Bar Association and the American Bankruptcy Institute.

Judge Dow is a fellow of the American College of Bankruptcy, inducted in March 2013 and was selected in November 2014 to become a conferee of the National Bankruptcy Conference.

He is a member of the National Conference of Bankruptcy Judges.

He is Chief Judge of the Bankruptcy Appellate Panel.  He served a term as Chair of the Judicial Conference Advisory Committee on Bankruptcy Rules

Judge Dow received his B.A., with honors, from the University of Wyoming in 1975 and his J.D. in 1978 from Washburn University School of Law, where he was Notes Editor of the Washburn Law Journal. 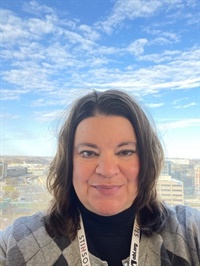 Office of the Chapter 13 Trustee

Dana M. Estes has been a Staff Attorney for Richard V. Fink, the standing Chapter 13 Trustee for the Western District of Missouri since 2004. She received her undergraduate degree in Biology from William Jewell College in 1993 and her J.D. from Washington University School of Law in 1998. 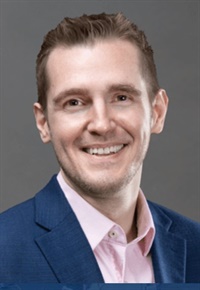 Jesse Langford has been a member of the Licata Bankruptcy Firm team since February 2016. Prior to moving to Springfield, he was born and raised in Kansas City, Missouri. Jesse attended undergraduate school at Missouri State University where he graduated with a Bachelor of Arts in History in 2007.
While going to school in Springfield he developed a love for the community in southwest Missouri. He served as community service chair of his fraternity and helped organize Missouri State’s inaugural Up Til’ Dawn event to raise awareness and funds for St. Jude’s Children’s Hospital. He also lucked into the most fortunate moment of his life when he met his wife.
Initially, he intended to teach secondary education, however realizing that teaching was not his calling he attended law school at the University of Missouri – Kansas City and graduated in 2012. Subsequently, he established his own firm in Liberty, Missouri and began a general practice. In that time Jesse handled a variety of cases ranging from minor property disputes to wrongful death claims.
He moved to Springfield in 2014 and continued as a general practitioner with an emphasis on bankruptcy. Jesse believes that his wealth of experience in multiple areas of law has been instrumental to his ability to properly guide his clients through the bankruptcy process. He would describe his favorite part of being a personal bankruptcy attorney in Springfield Missouri as having a client leave his office after a consultation and witnessing the feeling of relief on their face knowing that there is light at the end of the tunnel regarding their financial issues.
In his free time, he enjoys playing in his backyard with his sons, reading, and doing projects around the house. Being a native son of Kansas City, Jesse is also a die-hard Kansas City sports fan as well as a passionate fan of his Missouri State Bears. 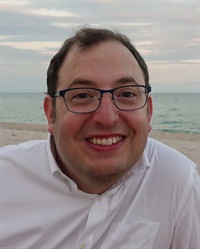 Office of the United States Trustee

Adam E. Miller has been a trial attorney with the Office of the United States Trustee in Kansas City, Missouri since 2007 where he is involved in administering and litigating cases under all Chapters of the Bankruptcy Code.  Previously, he served on detail in the Office of General Counsel for the Executive Office of United States Trustees where he advised program leadership and field offices on numerous issues of bankruptcy law.  Currently, he serves on the program’s working group responsible for supervising the collateralization and safekeeping of more than $3 billion in bankruptcy estate assets.

Before joining the United States Trustee Program, he was in private practice with the consumer bankruptcy firm of Morgan, Allen and King in Oklahoma City, Oklahoma, and clerked for the Hon. Yvonne Kauger on the Oklahoma Supreme Court.  He has a B.A. degree from Oklahoma State University; a J.D. degree from Oklahoma City University (summa cum laude) where he served as the Acting Managing Editor of the Oklahoma City University Law Review; and an LL.M. degree from the Morin Center for Banking and Financial Law at the Boston University School of Law where he served as the Graduate Editor of the Review of Banking and Financial Law.  He is a member of the bars of the state of Oklahoma and Missouri; the U.S. Courts of Appeal for the 8th and 10th Circuits and the United States Supreme Court and also serves as an Adjunct Professor of Law at the University of Missouri-Kansas City School of Law where he teaches classes in Bankruptcy and Banking Law. 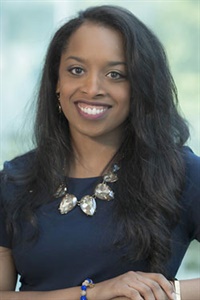 Christa Moss, Missouri Bar Board of Governor for the Southern District, lives in Springfield, Missouri. She currently serves as a Civil Assistant United States Attorney for the Western District of Missouri.  She was formerly a law Clerk for the Federal Chief Magistrate Judge, David Rush, as well as a civil defense litigator in a mid-size firm and an Assistant City Attorney for the Kansas City, Missouri City Attorney's Office. Christa and her husband Maurice met at and received Bachelors degrees from Oral Roberts University in Tulsa, Ok. Christa earned her J.D. from the College of William and Mary in 2012. Both Maurice and Christa are alumni of the Missouri Bar Leadership program and are actively involved in the state and local bars as well as community activities, serving on a number of boards and task forces. They are currently living their best stay at home pandemic life with their three year old James and their dog Jax. 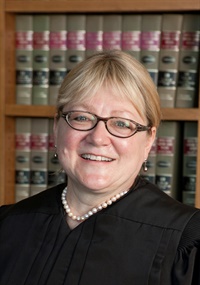 Judge Cynthia A. Norton practiced bankruptcy law in Kansas and Missouri before being appointed as a bankruptcy judge for the W.D. of Missouri effective February 1, 2013. Judge Norton has received awards for her contributions to CLE and is a Fellow in the American College of Bankruptcy. 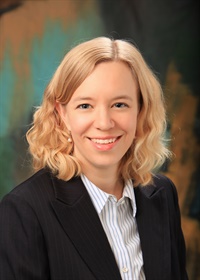 A business typically reorganizes for one of two reasons: To improve efficiency or to increase revenue. Business reorganization, then, refers to any change to a company’s external/internal or departmental structure aimed at one or both of these objectives. 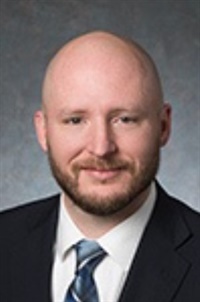 Ben has served as a member of the Attorney Advisory Committee for the United States Bankruptcy Court for the Western District of Missouri.

MoBarCLE may take photos and video at this program. By attending, you give The Missouri Bar permission to use images or audio captured at these programs, as well as any written comment on evaluation forms, in any electronic or printed communications by The Missouri Bar and for any educational, advertising, and promotional purposes. You agree to release The Missouri Bar, its employees, agents, and designees from liability for any violation of any personal or proprietary right you may have in connection with such use.

The Missouri Bar takes the safety and well-being of its members, the public, and its employees very seriously. We will continue to monitor the coronavirus and its variants, adapting our services and events as appropriate, based on the advice of governments, public health authorities, and medical professionals.

•    We will inform you of any changes that affect you, especially when it comes to in-person events. This includes any cancellation notices or changes to venue, format, or safety guidelines.

•    Whenever possible, any notices will be announced at least three days in advance of an event.

•    We encourage all attendees of Missouri Bar events to be aware of and follow CDC guidelines for large gatherings.

•    Be respectful of the personal comfort level of other attendees when it comes to physical distancing, including shaking hands or other gestures common in networking environments.

Please also be advised that, pursuant to RSMo. 537.1005, effective Aug. 28, 2021, “under Missouri law, any individual entering the premises or engaging the services of the business waives all civil liability against the individual or entity for any damages based on inherent risks associated with an exposure or potential exposure to COVID-19, except for recklessness or willful misconduct.”

Please contact The Missouri Bar with any questions or concerns.

To help us keep everyone in attendance safe, we encourage all attendees to be aware of and follow CDC guidelines. By registering for and attending this event in person, you agree to take necessary measures before, during, or after the event, including notifying The Missouri Bar at COVID-Advise@mobar.org if you test positive or begin to experience symptoms of COVID 19 at the event or within 10 days afterward.